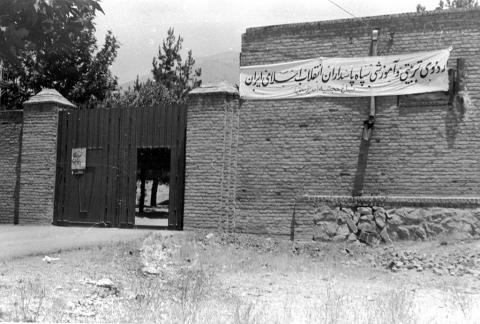 Hadigheh: A Bahá’í House of Worship in Tehran

Thinking about my grandfather always inspires me when I am going through difficult times in my life since, as a Bahá’í living in Iran, he overcame many obstacles over the years. I often marvel at the way he dedicated his whole self to the faith he so cherished. His stories about the time when he lived in Hadigheh, which is located in the north of Tehran and was assigned by Shoghi Effendi to become the home of a House of Worship in Iran, fascinate me. My dear grandfather had the honor to serve in that holy place.

A few years before the Islamic revolution in Iran, Hadigheh, in summer, was filled with Bahá’í youth attending camp. The location was beautiful. You could see miles and miles of trees in every direction and the program was unforgettable, with Mr. Furutan, Mrs. Jinous Mahmoudi, Mr. Faizi and others who came to speak about the Bahá’í Faith and its teachings. As my father tells the story, Hadigheh, with its pleasant weather, its view of Tehran, and so many gardens filled with beautiful flowers, was a spiritual place where people could go for prayer, reflection, and meditation.

In 1978, however, things started to change in Hadigheh. Revolutionaries set up committees and threatened the Bahá’ís to try to force them to leave the area. My grandparents and others took turns to guard Hadigheh at night in case the revolutionaries set the trees on fire or trespassed on the land. One day, a group of fanatical people who lived in Sohanak, a village not far from Hadigheh, appeared from behind a wall, where they had been hiding, and started to shoot into the air. These fanatics wanted the Bahá’ís to leave so that they could take their property. My grandfather, in an attempt to make peace, moved closer to them so as not to have to shout to communicate. His friends warned him not to approach since the fanatics were armed, but my grandfather went anyway. As he walked towards them, he asked them: “What is the purpose of this attack? We have been neighbors for many years and now you are pointing your guns at us?” The men said nothing but continued to shoot into the air because they believed that Bahá’ís kept guns in their homes. However, when they saw that no Bahá’ís came rushing forward with guns, the fanatics left without a word.

A victory had been won, but just for a time. Three or four years after that incident and many other attacks, army forces drove the Bahá’ís out of Hadigheh. Still, when I think of Hadigheh, I don’t think of that but of my grandfather who faced so much persecution with such courage throughout his life. Now I, his granddaughter, face religious persecution of a different kind, when the government bans me from attending the public university or arrests my father. But whatever happens, I know, deep in my heart, that my grandfather is watching over us and praying for us.