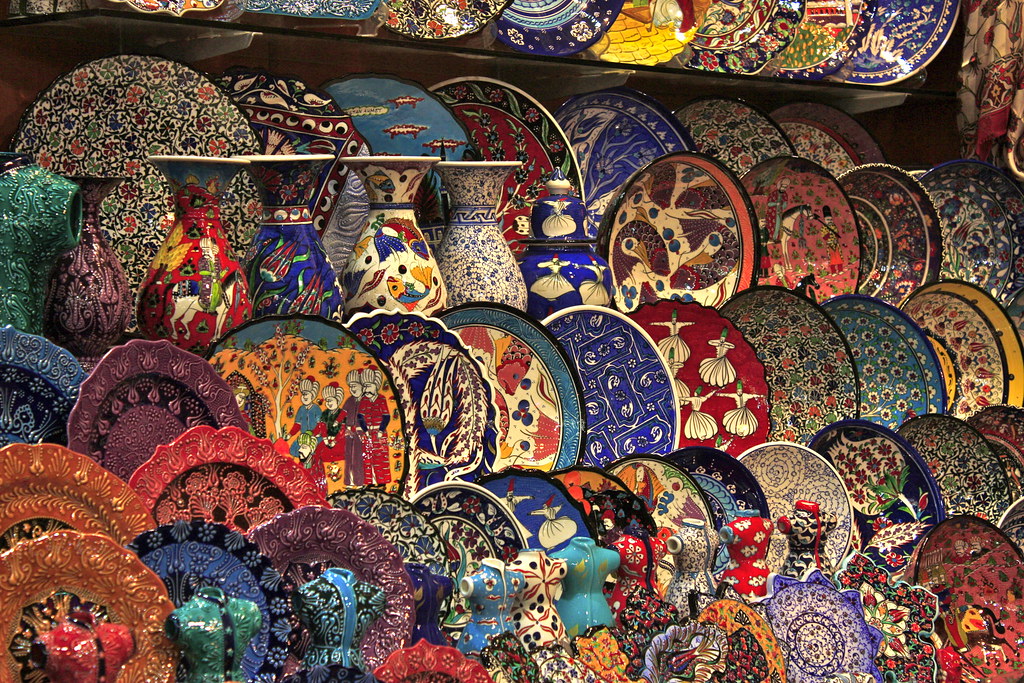 Three years ago, after I took the entrance exam, I traveled to Turkey with my family to visit my aunt, who was about to immigrate to Australia. In the end, the trip was enjoyable for me because I visited so many historic places there and I could communicate with so many Turkish people. But when I first arrived in Turkey, I had mixed feelings. I was happy to see my aunt, but sad that my father had to work and could not join us. It was not until I met the Turkish girl that I forgot about my sadness.

When we arrived in Turkey, we immediately went to my aunt’s house, which was so cramped and cluttered up with books that there was no room for either a television or a sofa. During the day, we talked incessantly. And every evening, we went to the bazaar to shop for souvenirs for our relatives and friends who lived in Iran.

One day I saw a Turkish girl in a store and I decided to speak to her. I asked her whether or not Turkish people were superstitious, and she told me they were. Then she asked me some questions. She wanted to know whether or not Iranians had freedom of speech, and I replied that we did not. Next, she asked me whether or not I believed in the equality of women and men. I answered that as a Bahá’í, I do believe in the equality of women and men. The last thing I asked her was whether or not Turkish people wanted peace. She told me that most of the Turkish people did not think there should be war between people with different religions and cultures. Turkish people were used to living with different people, she said, and such differences did not bother them at all. We talked for more than an hour, but then I had to return home, so I said goodbye.

My understanding of what peace means changed dramatically after I met the Turkish girl. After my trip to Turkey, I realized that is possible for people of different religions and from different countries and cultures to communicate respectfully with one another. These days, I am thinking that if I had not traveled to Turkey, I would not have understood how peace is built, conversation by conversation. I truly believe that I would not be who I am today if I had not met the Turkish girl.