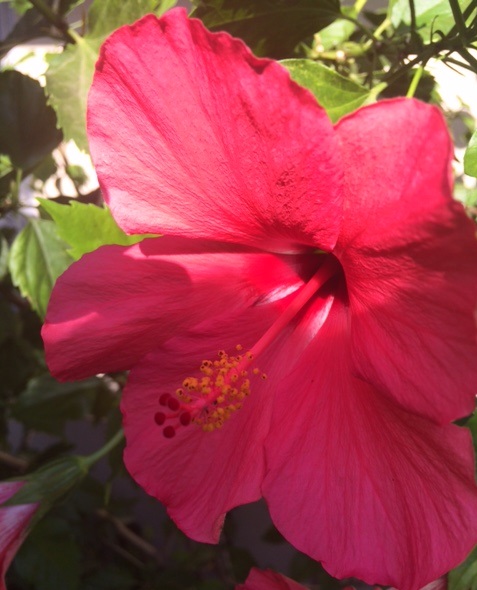 To Sing or Not to Sing

I am an opera singer who is not allowed to sing. I live in a country where girls older than nine are forbidden from performing solos. If they are to appear on stage, they must sing with another girl. As I tell you my story, the story of a woman singer in Iran who is not allowed to sing, I feel my throat fill up with a long suppressed cry. For as long as I can remember, I have loved to sing classical songs and aspired to be a professional opera singer. But in Isfahan, where I used to live, there were few teachers with whom to study. When I was 29 years old, I was able to enroll, at last, in a class taught by a classical singer. But in the end, she did not teach me any classical songs; and her methods were faulty, because I often lost my voice and my vocal chords hurt.

Fortunately, I married a man who is also a singer, and together we made it our fulltime job to find a professional vocal coach so that we could progress in our art. After two years of searching without success, we decided to move to Tihran to seek our singing fortune. After a year of looking, we finally found a Russian couple who taught singing. Over time, however, we concluded that they werenít skilled enough to really help us. They were more concerned with making money than with teaching their art; and we did not feel they took the class seriously enough. And we did not notice any improvement in our voices, so we began to look for another vocal coach.

Finally, we came across an Iranian vocal coach who had studied singing and music in Austria and Italy. He was an opera director who was pleasant, sympathetic and also very skilled. He opened many doors to me, and it would not be an overstatement to say he transformed my life. He taught me to approach my work more systematically; and the techniques he taught my husband and I enabled us to sing more and more beautifully. We began work with a troupe of professional singers on Les Misérables and The Sound of Music. Our teacher assigned me the role of Fantine and my husband the role of an army officer in Les Misérables. I was ecstatic. I felt as if my dream had, at last, come true, that I could sing on stage professionally and pursue the life of an opera singer!

We worked together for three years on Les Misérables. After many rehearsals, our teacher arranged for us to perform at Vahdat Hall. But because there was a part in the musical in which a woman was to sing alone, the performance was banned. The entire project ground to a halt. All our hopes turned to despair. My husband and I saw that without having connections within the government, we wouldnít be able to perform in Iran.

During those three years of working on Les Misérables and The Sound of Music, I had dreams of performing my stirring arias on stage, but unfortunately these dreams never came true. Our vocal coach continued to push the authorities to give permission for the production to proceed, but without success. Still, we continued to practice. Two years later, our coach informed us that another troupe with government connections was going to perform a production of Les Misérables. We were devastated. We had been rehearsing for three years, and all our efforts had been in vain. And while our troupe was composed of professional opera singers, the other troupe was made up of actors with no vocal training at all.

So we decided to give a performance in a café because that was the only place where women could sing alone. I was delighted to have the chance at even that kind of performance. Just ten of us from the troupe performed that night. My heart was filled with joy and happiness. When I sang, I imagined myself performing on stage. I saw the enthusiastic Ellie, singing with all her strength, with love and confidence. Ellie whose voice had been suppressed until now, at last, being heard. I sang from the bottom of my heart, as if each note was a little flare sent out into the darkness of the night. One month later, I performed The Sound of Music in the same café and so realized my dream of performing once again.

Now our troupe is rehearsing another opera called Gianni Schicchi by Giacomo Puccini. Even though we are practicing hard, we do not know if the opera will be allowed on stage. Nothing can destroy my love of singing, but, still, sometimes I despair. I cannot perform alone on stage. I cannot sing a solo. Another woman must stand beside me and sing with me. As a woman in Iran, I do not enjoy equal rights with men. Sometimes I feel as if my voice will never be free, that I will live out my life with my song trapped inside my throat. Still, I press on. I will continue to stand strong, to hold fast to my dream, to pray for a chance until the world sees fit to answer my prayers.

Ellie singing “I Dreamed a Dream” from Les Misérables:


Ellie and her husband singing a Persian song, “Nostalgia”: