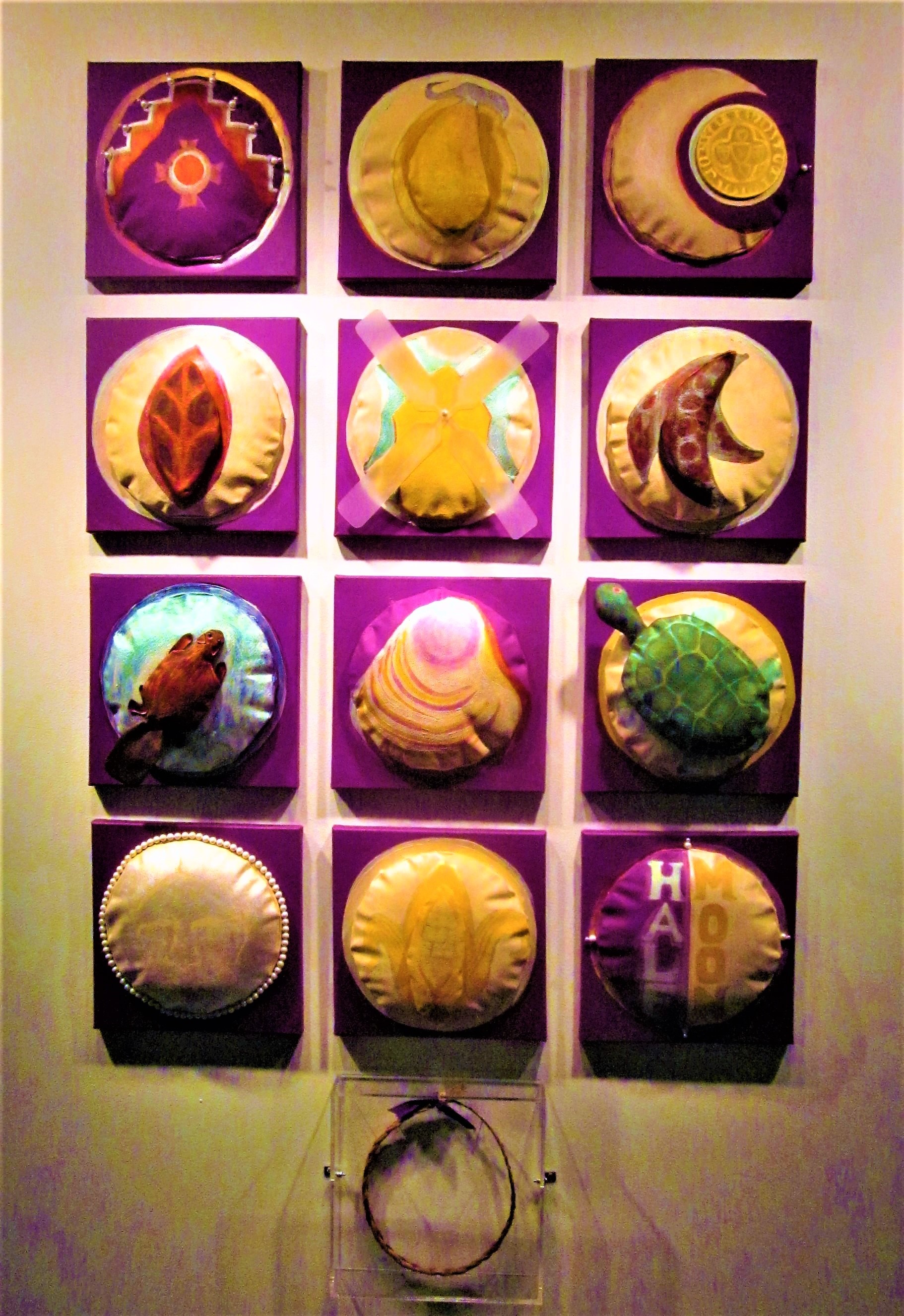 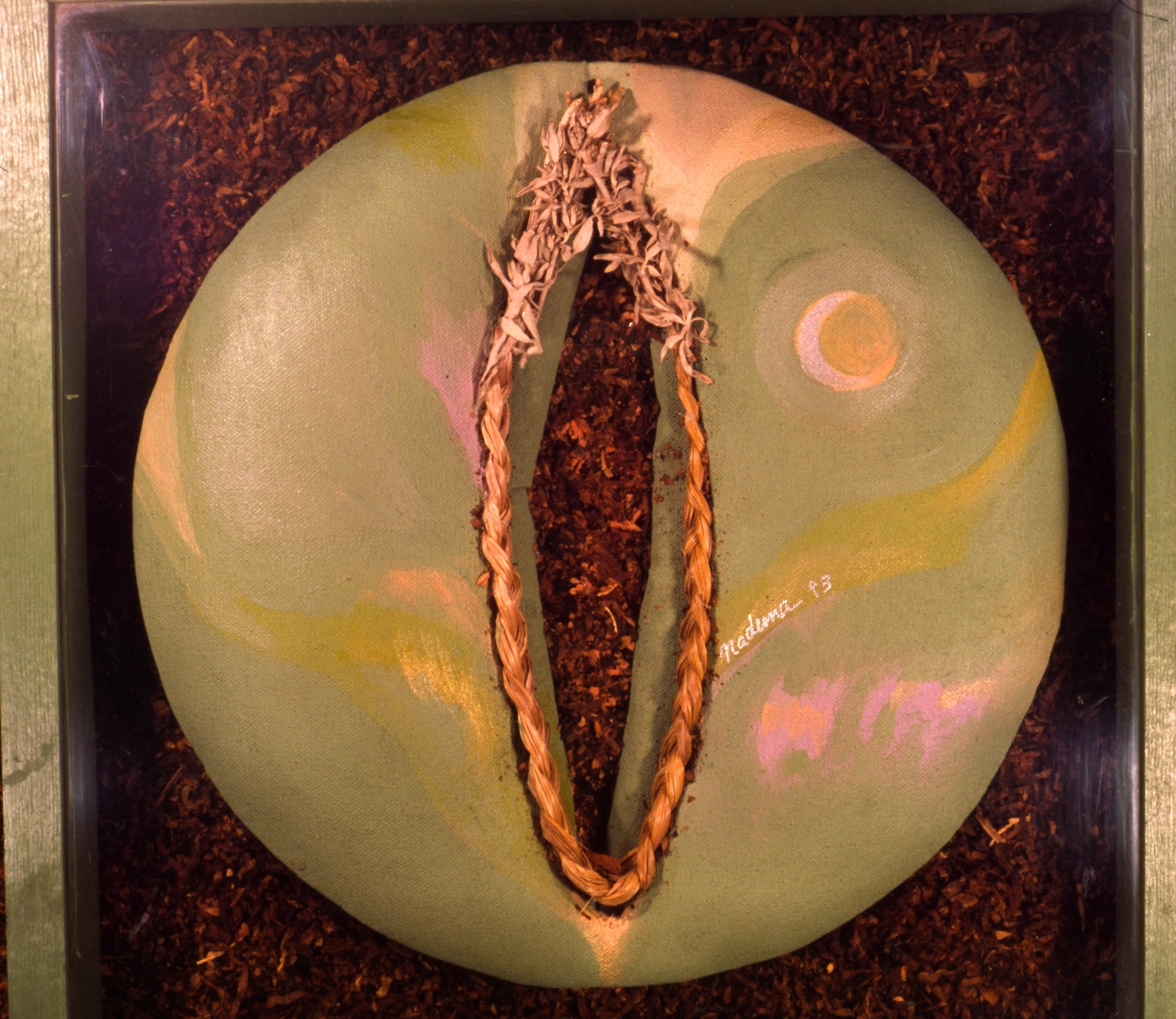 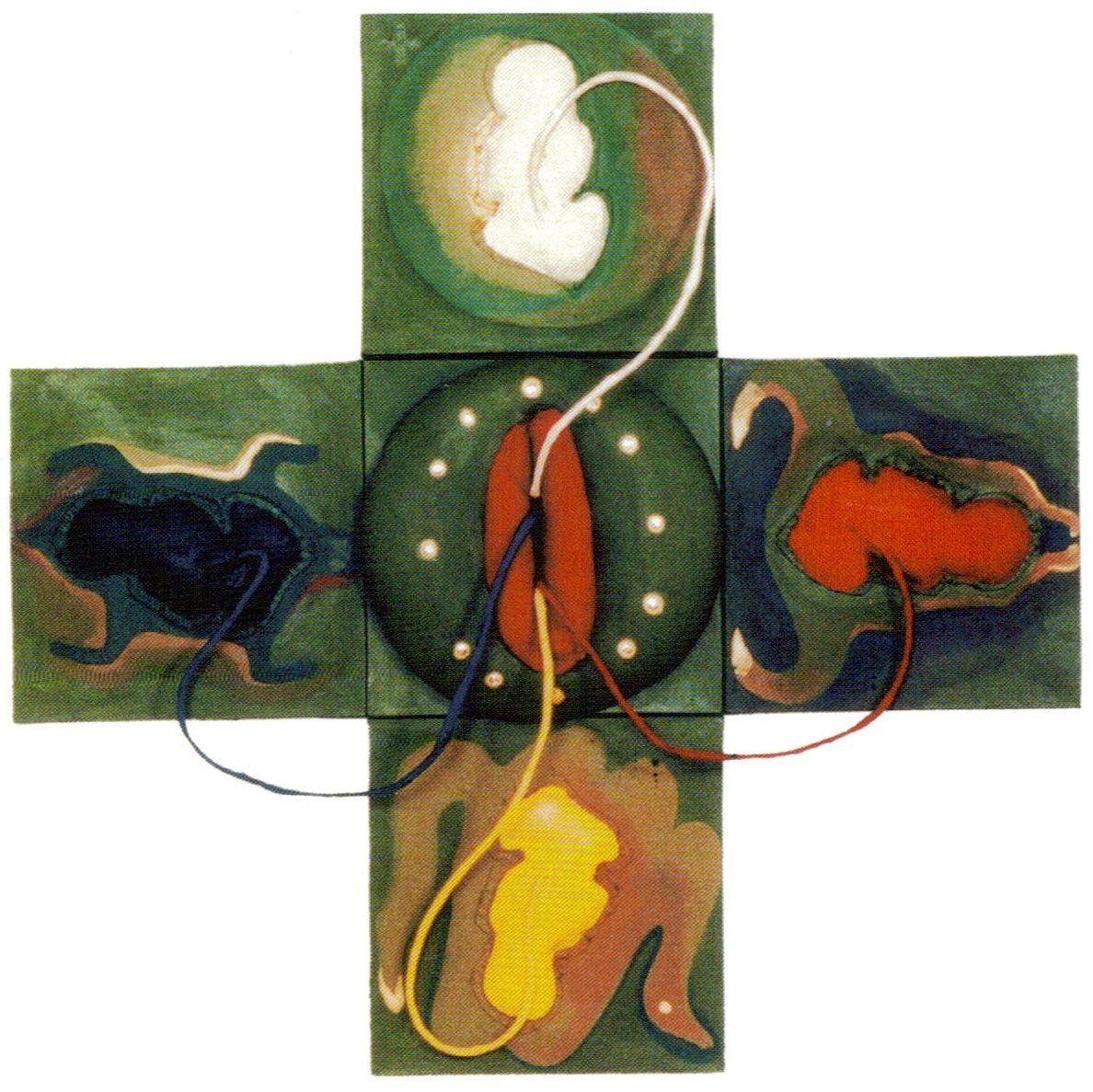 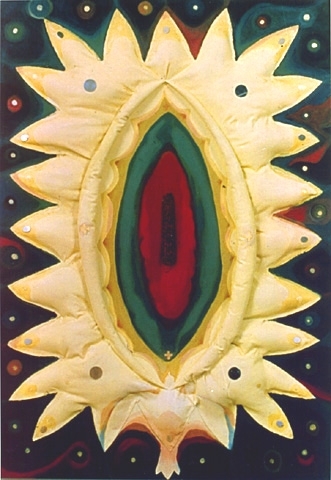 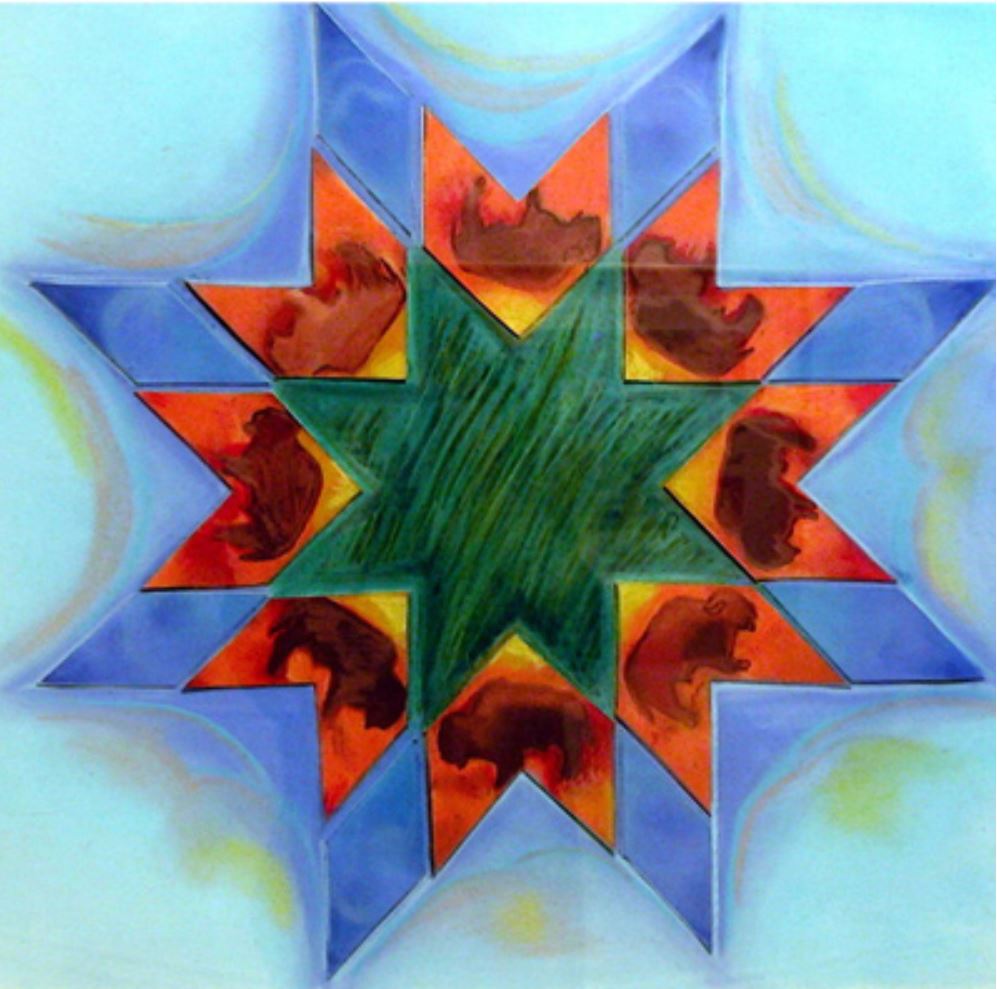 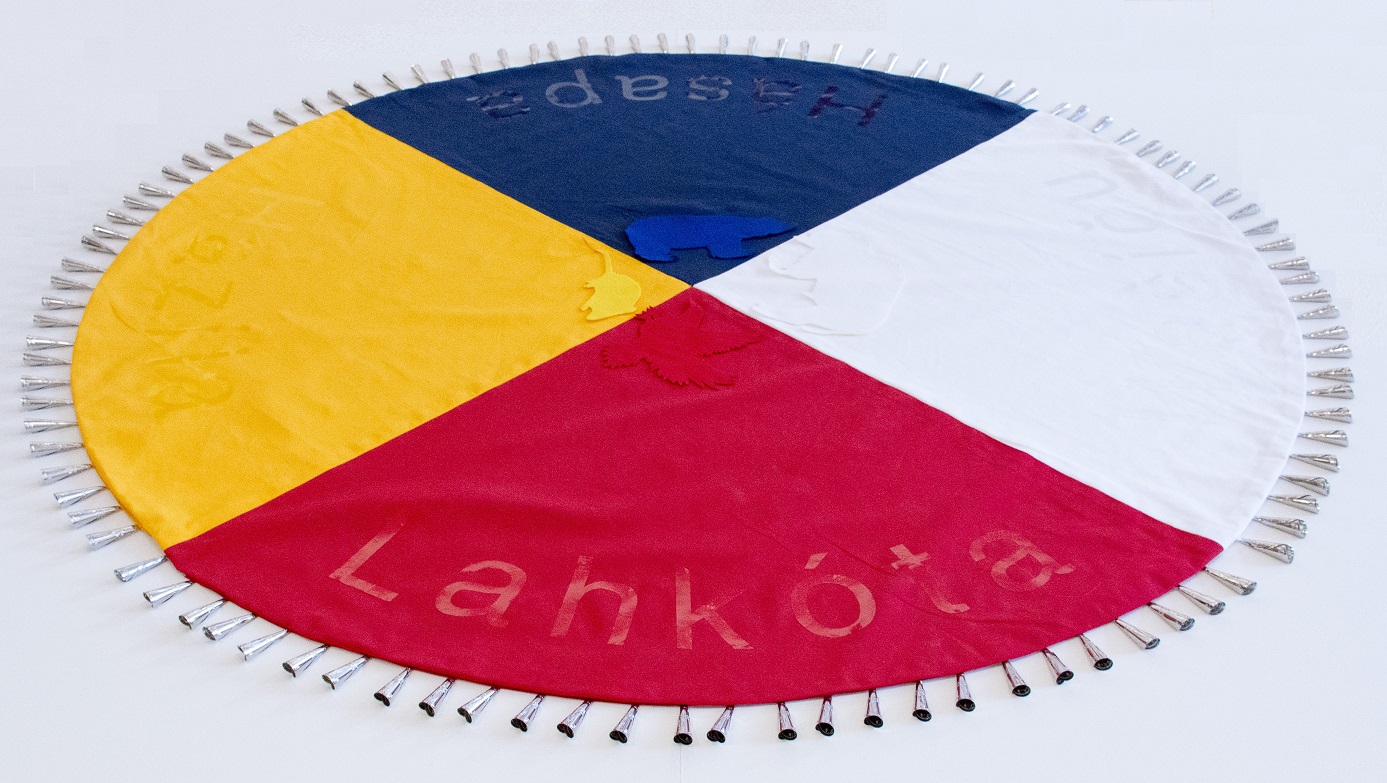 "Mitakye Oyasin": We Are All Related
Mixed Media on Canvas 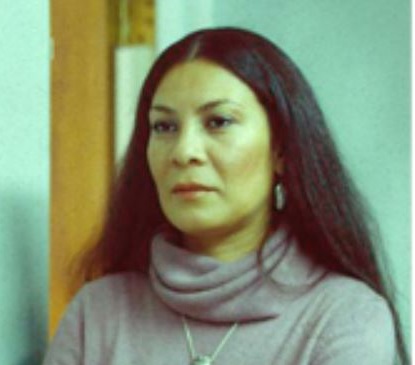 Nadema Agard
Artist Statement:   My artwork has an individualistic style that draws upon cosmic subject matter. It has a global agenda from an Indigenous perspective and reflects the interconnection of myself as woman, mother, Indigenous world citizen, Native North American, spiritual being and warrior. My work has been influenced by the ceremonies of the Onondaga Longhouse, the Hopi Kiva on Second Mesa, the Full Moon and Sweat Lodge ceremonies of the Ojibwe, the Sundance of the Lakota, a pilgrimage to Medicine Wheel, Wyoming, Nanih Waiya Mound of the Choctaw, the Mayan Pyramid in Chichen Itza and Kilauea Volcano in Hawaii, home of goddess Pele. Bio:   Nadema Agard was born and raised in New York City and later returned to her maternal ancestral homelands in the Carolinas and her paternal grandmother’s homeland in Virginia after she received a National Endowment for the Arts Fellowship to write her Southeastern Native Arts Directory. Almost a decade later as the Repatriation Director of the Standing Rock Sioux Tribe, she was again re-united with her paternal grandfather’s Lakota relatives in the Dakotas who had, five years earlier, arranged for her to receive her Lakota name “Winyan Luta” (“Woman Holy Red”) during a naming ceremony officiated by a traditional elder. She has a Master of Arts Degree in Art and Education from Teacher’s College, Columbia University and is currently the Director of Red Earth Studio Consulting / Productions in New York City.