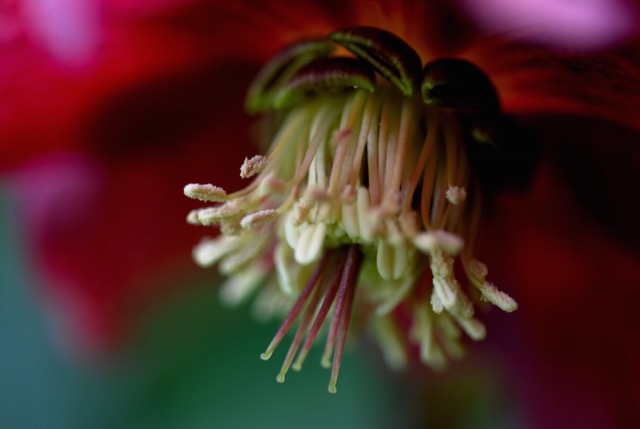 Notes on the Poetic Process

The poetic process is a reality that is both spiritual and technical. It has to do with the inner mystery of our beings, our sacred heritage as created and creative souls. Yet, at the same time, it is a continuum composed of nouns, verbs, syllables, syntax, metonymy, metaphor, lines with enjambment and so forth. We should have a reverence for the tradition and where it comes from, but at the same time be willing to do the honorable and often humble work of the craftsman.

As in all writing, strong nouns and verbs are best. They make our writing sinewy and hold together better than a string of flowery adjectives. If we do use qualifiers, try to make them sing, make them fit, make them lift off the page.

Next, we should avoid clichés. Try to keep everything fresh and original. As George Orwell said in his classic essay on Politics and the English Language, try to avoid saying anything that is “avoidably ugly.”

1) Direct treatment of the thing itself, whether inner or outer,
2) No word which does not contribute to the presentation, and
3) Use of the line as the musical phrase, not according to the metronome.

These rules are still good today. They are tough to follow but offer good discipline. One should avoid abstractions in my view, except where the reflection on the human condition is truly a worthwhile insight.

One might also note along this line the “objective correlative” of T.S. Eliot, which stipulates that the work at hand should be grounded in physical details that correspond to the inner feeling. I would add to this that image or the line should enact and embody the ideal meaning. This kind of thinking gives full latitude to express the spiritual, yet in a manner that has artistic integrity.

Then, one does well to remember Charles Olson’s essay on Projective Verse in which he sets out his own ideas following from those of Modernist poets Ezra Pound and William Carlos Williams. Olson speaks highly of using all the “minims” of poetry with great care. That is, the syllable as the “king” of all the parts of speech, then the line as a real focus for attention. One workshop leader I heard once spoke of making “each line as good as a whole poem.” I think that’s good advice. One wants each line to pop, to move the poem forward. One does not want to waste lines just getting into the poem, getting to the point.

Lines should be “enjambed” or do double work, tuning the ear to the next line as often as possible. Everything should contribute to the poem. And as painter Mark Tobey said, the whole work of art should be unified and coherent. That is, the intentions for the piece, the conception of the work, thoughts about the form, and all the various parts and their interrelations — all should be working together. From the opening and the expectations it sets up, to the close of the poem, which Yeats said should be “like a box when it clicks shut,” the poem should be a conscious work of art, a real act of intentionality.

One needs to learn the rules and then get them so thoroughly under one’s fingers, like the good pianist, that they simply become part of one’s being. Then, there can be some real concert-level playing. Or at least as John Keats said of poetry, one may never reach the ultimate, but good poems can be “stars to steer by.”