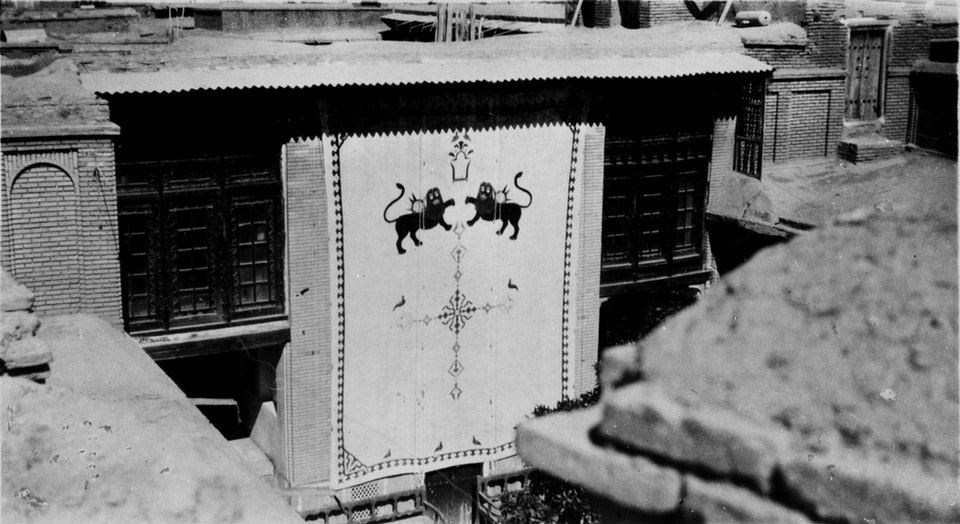 This Holy Land of Persia

On 20 October 1819, in a humble dwelling in the city of Shiraz, a most unusual child was born. His serene demeanor, even as a baby, worried His mother; and when He entered school, the profundity of His thought astonished His teachers. When His schooling had ended, He took up work as a merchant, handling His uncle’s business interests in the port city of Bushihr. There, too, He distinguished Himself, this time by the integrity with which he conducted His business dealings. In due course, He married and had a son. Any vestige of what would be considered an ordinary life vanished, however, on 23 May 1844, shortly after sunset in an upper room of His House in Shiraz, when He declared, in the presence of a single spellbound listener, His mission as a new Manifestation of God, the Báb or “Gate,” destined to prepare the way for another revelation even greater than His own that was soon to appear — the revelation of Bahá’u’lláh.

Perhaps there is no more moving passage in the Writings of the Báb than the one in which He gives an account of the events of His own brief life.

Thou art aware, O My God, that since the day Thou didst call Me into being out of the water of Thy love till I reached fifteen years of age I lived in the land which witnessed My birth [Shiraz]. Then Thou didst enable Me to go to the seaport [Bushihr] where for five years I was engaged in trading with the goodly gifts of Thy realm and was occupied in that with which Thou hast favored Me through the wondrous essence of Thy loving-kindness. I proceeded therefrom to the Holy Land [Karbila] where I sojourned for one year. Then I returned to the place of My birth. There I experienced the revelation of Thy sublime bestowals and the evidences of Thy boundless grace. I yield Thee praise for all Thy goodly gifts and I render Thee thanksgiving for all Thy bounties. Then at the age of twenty-five I proceeded to thy sacred House [Mecca], and by the time I returned to the place where I was born, a year had elapsed. There I tarried patiently in the path of Thy love and beheld the evidences of Thy manifold bounties and of Thy loving-kindness until Thou didst ordain for Me to set out in Thy direction and to migrate to Thy presence. Thus I departed therefrom by Thy leave, spending six months in the land of Sad [Isfahan] and seven months in the First Mountain [Mah-Ku], where Thou didst rain down upon Me that which beseemeth the glory of Thy heavenly blessings and befitteth the sublimity of Thy gracious gifts and favors. Now, in My thirtieth year, Thou beholdest Me, O My God, in this Grievous Mountain [Chihriq] where I have dwelt for one whole year. (Selections from the Writings of the Báb, 77)

At the end of this account, the Báb alludes to the enormity of His suffering, but in the passage that follows this one, He does not lament that suffering; rather, He gives praise to God for the gifts He has bestowed on Him and for the clear evidences of His bountiful favors. Not long after the Báb’s imprisonment in Chihriq, He met His death by firing squad with the same serenity with which He had lived His life.

The Báb’s legacy with respect to the development of the Bahá’í Faith, is rich beyond description. Without exposure to His teachings and to the influence of His fiery radicalism, how would His followers have been empowered to break with the entrenched creeds of Islam and embrace the revelation of Bahá’u’lláh? Without doubt, the Bábí movement was imbued with a spirit that any modern-day revolutionary might admire. The history of the movement is replete with actions so heroic that they seem to be enveloped in the aura of myth. Revelatory dreams, lives of complete self-abnegation, and deaths crowned by martyrdom — the larger than life tales that enliven Bábí history are the kind of stories characteristic of those liminal periods in religious history when believers are called to leave everything behind, sometimes even their own bodies, and respond with all their hearts and souls to the very kind of invitation Jesus issued to His disciples: “Come, follow Me.” (The Bible, New International Version, Matthew 4:19)

Except for brief sojourns in Mecca and Karbila, the Báb spent the majority of His days in Iran, and most of His followers were Iranian and Shi‘ah Muslim. In order to appreciate fully the cultural and historical context of the Báb’s words, therefore, the western reader must travel to a distant time and place — Iran of the nineteenth century, a land of princes and potentates, of powerful clerics and illiterate peasants. That reader also must be prepared to enter a world shaped by the teachings of the Prophet Mohammed and their interpretation by the Imams of Shi‘ah Islam.

To the casual observer, modern day Iran may seem to be an entirely different nation from the one into which the Báb was born 200 years ago. Today, Iran is a country where people use cell phones and Wi-Fi and where specialists have made advances in medical science that rival those made in western countries. Yet, for the Bahá’ís living within the country’s borders, Iran has changed very little since the time of the Báb. Like the followers of the Bab, the Bahá’ís cannot practice their religion openly; and they risk arrest when practicing it covertly. And like the Babis, once arrested, many Bahá’ís spend extended periods in prison, while others face execution.

Still, to the Bahá’ís, Iran is the land God chose as the birthplace of His latest revelation. For them, the country is and always will be, to use ‘Abdu’l-Bahá’s phrase, “this holy land of Persia.” (The Secret of Divine Civilization, 4-5) And if one can look beyond the country’s shadow side, one can appreciate Iran as a land of diverse and often awe-inspiring geographies; a land rich in history, culture, and human connection; and, above all, a land in which high-minded individuals are rising up from the shadows to “use every opportunity to shine a light that can illuminate the way.” (Universal House of Justice, Ridvan 2017)

Bahá’u’lláh Himself refers to Iran’s capital city, Tihran, as the “mother of the world and fountain of light unto all its peoples.” He speaks of the city as a place in which “the secret of all things, be they of the past or of the future, hath been unfolded.” “O Land of Ta!”, He writes, “He Who is the Lord of Names remembereth thee in His glorious station.” He further celebrates the city as “the Dayspring of the Cause of God, the fountain of His Revelation, and the manifestation of His Most Great Name — a Name that hath caused the hearts and souls of men to tremble.” (Gleanings, LXIII)

This special Bicentenary issue of e*lix*ir is dedicated to the land in which the Báb was born and in which He shed His blood. It is devoted exclusively to those “Voices of Iran” that have been featured in previous issues of e*lix*ir. The essays that appear in this issue have been written by students enrolled in the Bahá’í Institute for Higher Education — the B.I.H.E. The essays touch upon a wide range of subjects, from devastating encounters with discrimination to exhilarating journeys to holy places within and beyond Iran’s borders. They explore the experience of art and the wonder of childhood; and they voice a yearning for self-expression as well as for connection with others. Perhaps most important of all, these essays embody an abiding determination, in the face of ongoing persecution, to engage in the joys of everyday life and to hold fast to dreams and aspirations for the future.

The essays that appear in this issue are grouped according to theme. Those in “Sweet Fruit” tell different versions of what is, sadly, a common story in Iran today: the persecution of the Bahá’ís on the basis of religion. In the essays included in the section entitled “In the Land of Persia,” our student writers offer glimpses of people many readers would not otherwise encounter as well as breathtaking views of places most readers would not be able to visit themselves, at least, not at the present time. The “Holy Places and People” section of this issue features stories of heroic lives lived long ago and accounts of pilgrimages made in more recent times to sacred sites associated with the life of the Báb.

Some of the essays that appear in “Through a Child’s Eyes” offer insight into what it is like to grow up in a country whose soul is scarred by war and human rights abuses, while other essays in the same section affirm the indestructible nature of childhood wonder. In “From Yazd to New Delhi,” we travel with our authors far beyond Iran’s borders, to Turkey and India, and also deeper inside Iran, to the remote mountains and villages in the northern provinces of Gilan and Kashan. But perhaps the most moving and intriguing journey of all is the one we take with a student who is traveling by train from Yazd through Dasht-e-Kavir, the Great Salt Desert, to B.I.H.E. classes in Tihran. The essays in the final section, “The Left Hand of the Artist,” explore the struggle to create art and reflect on the comfort gleaned and inspiration drawn from good books and films.

In other work that appears in this issue, there is a determination, even in the face of fear and apprehension, not to let go of humor. To this end, the latest installment of “Ruhi & Riaz,” a comic by our regular contributor Eira, tells a difficult story that nonetheless ends on a comic note.

In this issue, we also feature a Personal Reflection Piece on a single potent verse from the Persian Bayan. In “The Gate to Eternal Life,” Roxana Karamzadeh sets down a series of probing and also moving reflections on a verse that is worthy of a lifetime of reflection.

Finally, we are delighted to present, on the front cover of this issue, a charcoal sketch by Sara Shakeri of the room in which the Báb declared His mission. And for the first time in e*lix*ir, we offer a sound recording, by a classical singer who cannot make her voice heard in her own country.

We feature the work of young Iranian Bahá’ís in this special issue as a way of commemorating the Bicentenary of the Birth of the Báb; and it is our hope that the publication of the work of these youth will lessen their sense of isolation and strengthen the bonds of unity that connect them with their fellow believers around the world.

And now we invite you, the readers of this special Bicentenary issue of e*lix*ir, to become better acquainted with the holy land of Persia as it is today, to bear witness to its beauty as well as its ugliness, to laugh and cry at the happy and sad tales of life within its borders — tales of crisis and victory. We end with this wish: as you journey through this holy land, may your soul become the friend of the soul of Iran.