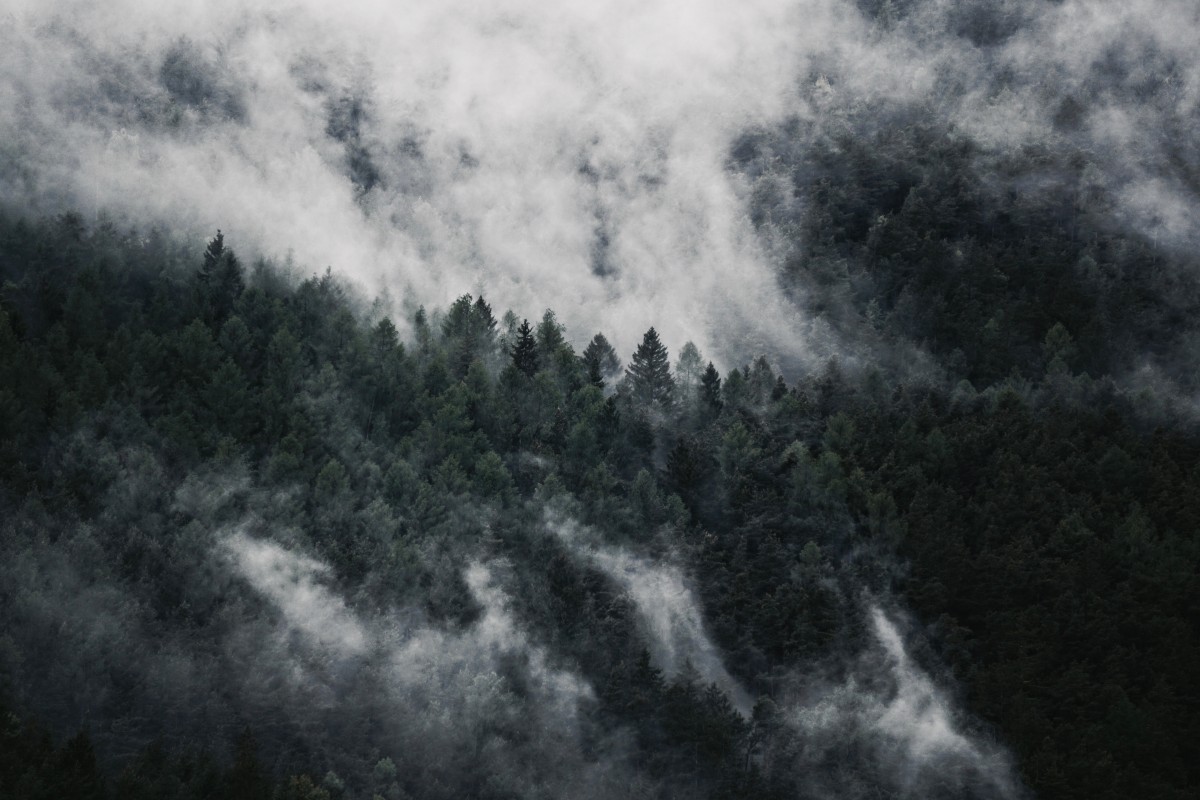 The Road at the End of the World

Three months ago my brother and I decided to go with some of our friends on a trip to Gilan, in the north of Iran. At first, we considered camping, as all of us wanted to be outdoors, close to nature, but we had no camping equipment. Even if we had, we decided it was getting too cold at night to sleep outdoors, so we booked a cabin instead. We set the date on which we would travel high into the mountains to Olasbelangah, a village in the middle of clouds, and we waited with much excitement for that day to come.

At last the day came. To reach the highlands, we had to drive to the top of the mountain. The road to the village wound round and round. We couldn’t help but feel awe at the beauty and stillness of the place. Even the trees seemed spellbound. With every meter we drove, it grew darker and darker. A heavy fog descended and got so thick that when I looked around me, all I could see were some vague images of tree branches.

Everyone and everything was wrapped in a heavy silence. The only sound I could hear was my own breath, though from time to time I thought I could hear the branches whispering too. It seemed as if the trees were trying to warn us of some danger. I could feel the moisture of the fog on my skin and felt as if it was swallowing me slowly. For one second I thought that the end of the road would bring me to the end of the world. I had a very clear image in my mind of this. But it did not happen. Fortunately we arrived safely at the rented cabin, where we would spend the night.

When I woke up in the morning and looked around me, I was mesmerized by the strange beauty of the place. In every small thing, I thought I could see the face of God. The place seemed to belong not to this world, but to another one. I did not feel sorry to have left that old world, and it crossed my mind, that if I could never go back to that old world, I would not mind at all. After spending some minutes in contemplation, I asked my friends if they wanted to pray, and as we did, our hearts grew full of love.

The feelings I had on that trip were the most unusual ones I have ever experienced. When I traveled that road to the end of the world, I was not scared, even though it was getting dark and the fog was thick. It is hard to explain, but it seemed as if all of nature lay before me in its purest form. The next morning, everything looked just as pure but in a different way. Whether in the darkness or in the light of day, nature seemed beautiful and confusing, glorious and powerful. Since my trip to that village high in the clouds, I have been aware that every living thing around me has a spirit, and that this is the beauty of the world.