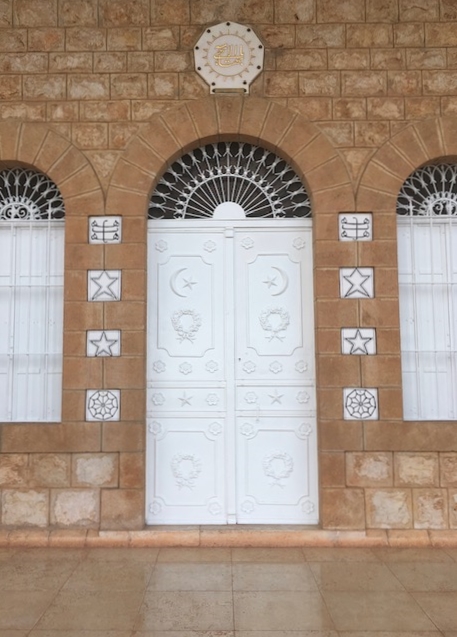 “I was saying my prayer as the sun was about to rise, but to my surprise I realized I was standing facing a totally different qiblih.” These are the exact words my great grandfather used when describing his bizarre dream to Mr. Faizí. At that time, it had been more than six months since Mr. Abu'l-Qásim Faizí had moved to Najaf Abad, a county in Isfahan Province, to share Bahá’u’lláh’s message with the people of the town. Mustafa Lotfi, my great grandfather, was a well digger and one of the most stubborn people you could imagine. He did not believe anything Mr. Faizí told him until one night a dream changed everything.

Born into a Muslim family, Mustafa was raised fatherless. Why? Because when Mustafa’s father recognized Bahá’u’lláh at the age of thirty-five, he became a dervish and a poet and left his family to spread Bahá’u’lláh’s Word. He left to help others know God’s Manifestation even as his own family remained deprived of that knowledge. Mustafa grew up knowing nothing of his father’s story and went on to be a well digger and start his own family.

When Mr. Abu'l-Qásim Faizí entered Najaf Abad, he was shocked by the prejudice of the townspeople towards the Bahá’í Faith. He was introduced to Mustafa by one of his Bahá’í friends who happened to be Mustafa’s boss. He talked to Mustafa for days to convince him of the advent of a new prophet. However, her feeling of abandonment caused Mustafa’s mother to develop negative feelings towards the Bahá’ís and she passed these feelings on to her son. No matter what Mr. Faizí said, Mustafa was not persuaded that a prophet had come after Muhammad.

Then, one day, Mr. Faizí saw Mustafa running toward him with a pale face shouting, “I was wrong. I’ve made a big mistake!” Mr. Faizí asked him to explain. “Last night,” Mustafa told him, “I had the strangest dream. I was saying my prayer as the sun was about to rise, but to my surprise I realized I was standing facing a totally different qiblih. Even in my dreams, I have never disobeyed God. What is the meaning of this dream? Help me, please!” Mr. Faizí just smiled, looked at his friend, and said, “God finally found the way to your heart.” This time there was no need for Mr. Faizí to try to persuade my grandfather. Mustafa’s heart was as pure as a child’s and he accepted Bahá’u’lláh’s claim instantly.

From that day on, Mustafa, an illiterate man, acquired the ability to write poems. Sometimes, when he was asked how he could come up with such elegant words and whether he knew their meaning, Mustafa answered, “No, I don’t always understand them; they just suddenly start to flow through my mind like a waterfall.” From then on, Mustafa’s life changed: he stopped living as an ordinary man and became a successful poet.