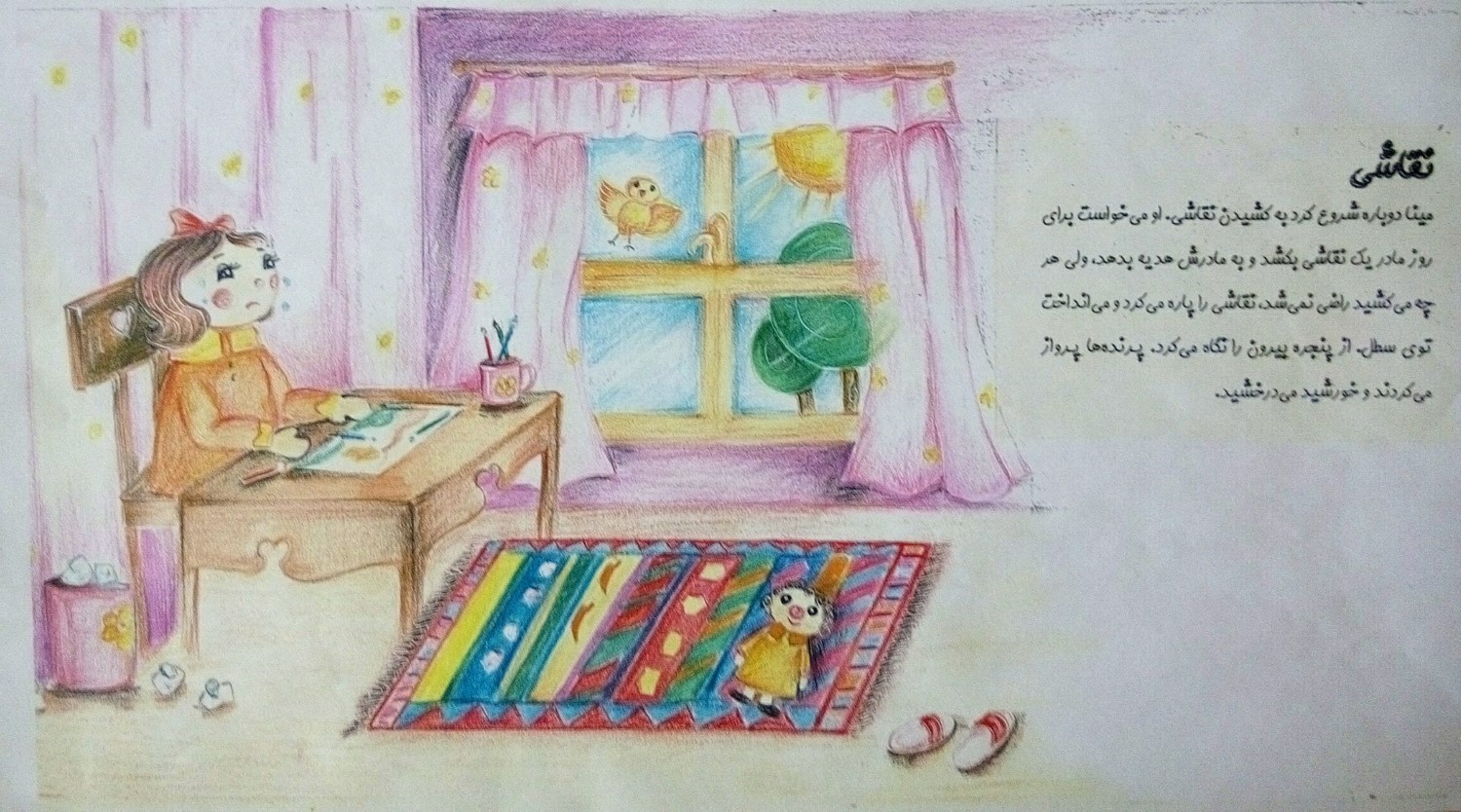 Mina started to paint. Mother’s Day was coming and she wanted to make her mother a gift. But when she finished, she was not satisfied. Mina tore up the painting and threw it in the trash. She looked out the window. Birds flew in the sky and the sun shone. 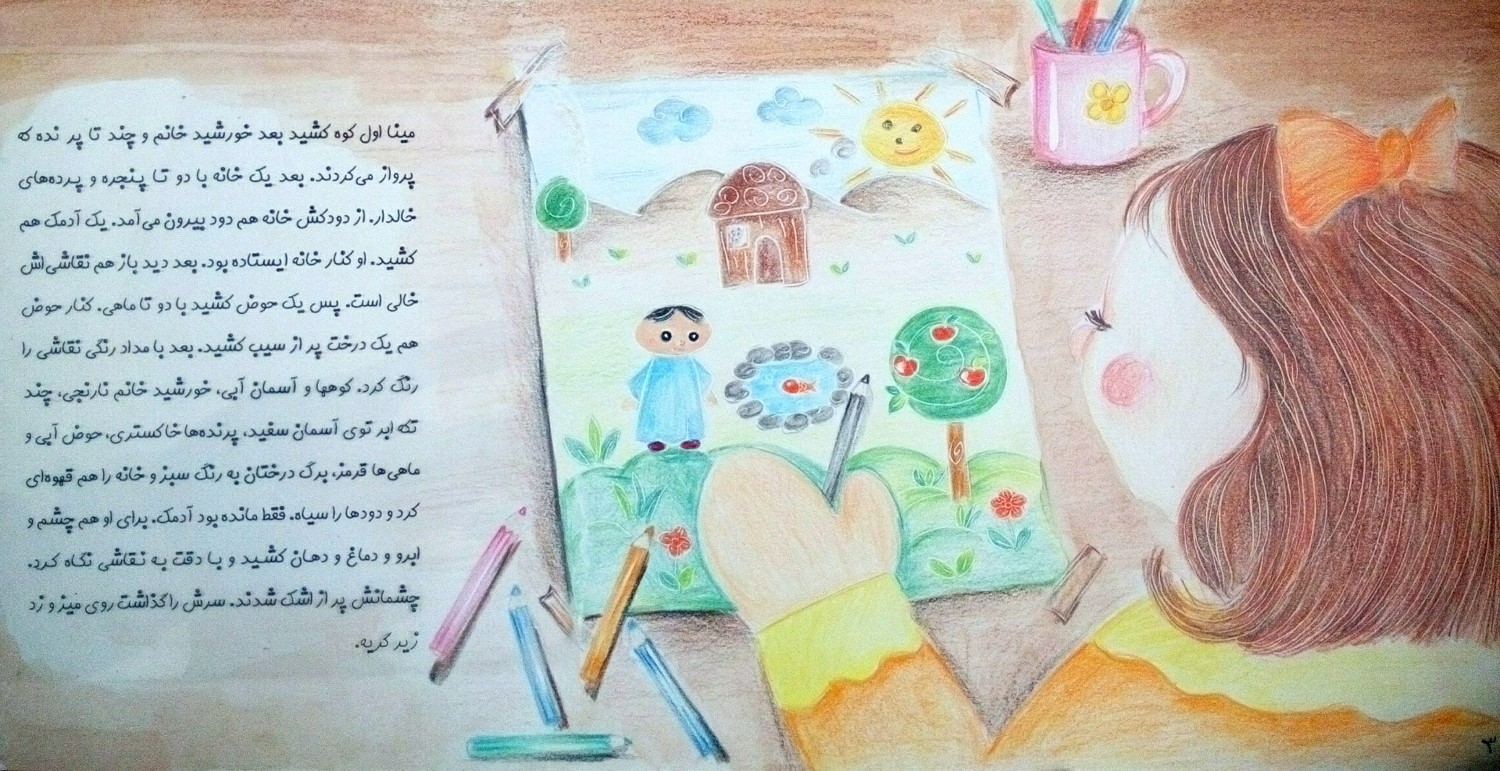 Mina tried again. This time she picked up her colored pencils and drew the sun and some birds flying. Then she drew a mountain and a house with two windows and polka dot drapes. She drew a chimney with puffs of smoke coming out of it. Last, she drew a boy standing beside the house. But again, she was not satisfied. She placed her head on the table and started to cry.

Then, to her amazement, the boy in the drawing began to speak, “Little girl, why are you crying?” “I wanted to make a beautiful gift for my mother,” Mina said, “but I can’t! Who are you?” “Come into the drawing and I will show you where I live,” the boy said.

Mina found herself inside the drawing. She was standing next to the boy. Everything she had drawn had come to life. The birds flew. An apple fell from high up in the tree. Mina and the boy went into the house and started to play with the toys. Then a bird, which perched on the window frame, spoke to Mina: “Do you want to fly to the top of the mountain?” 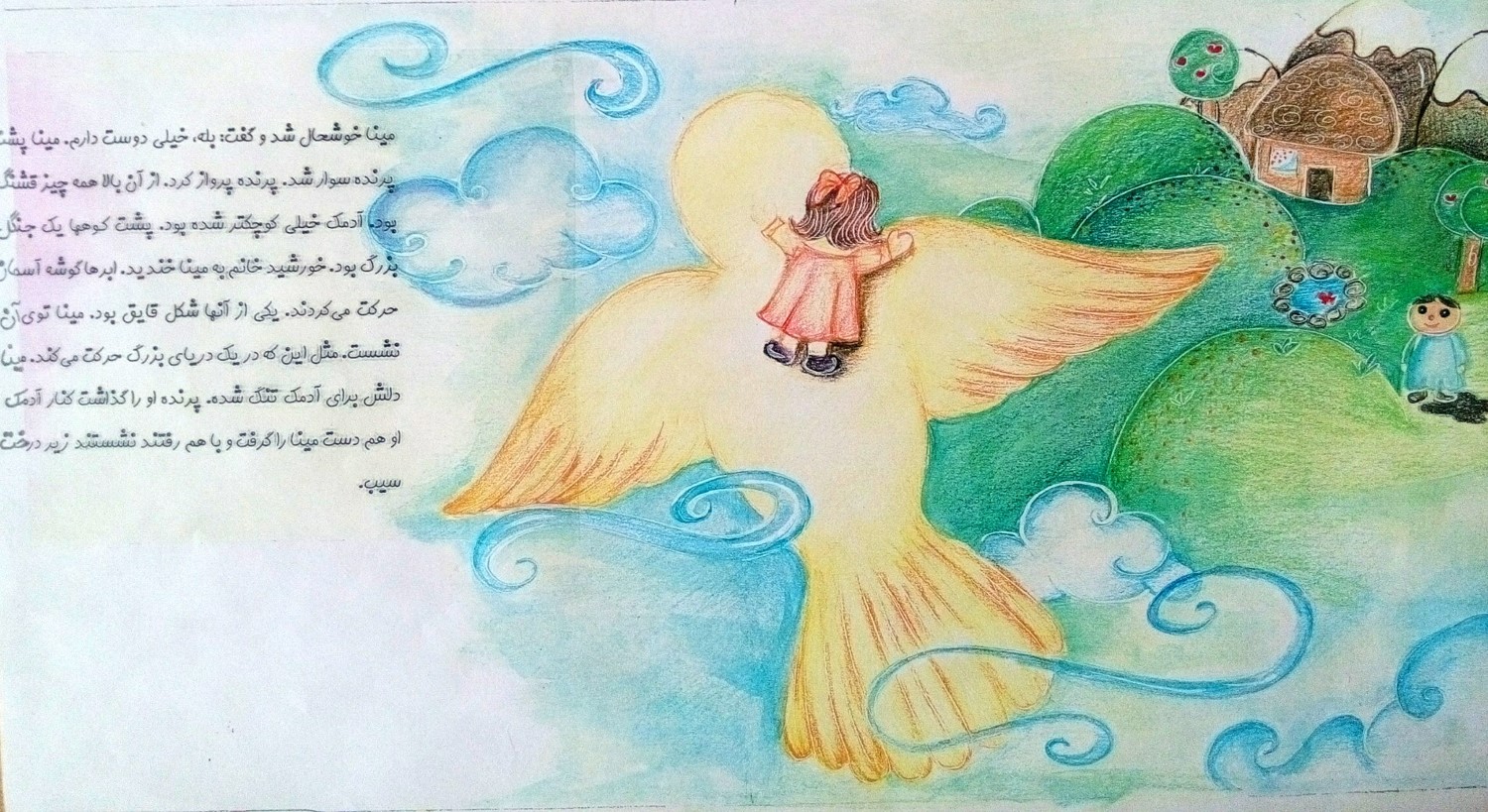 “Yes,” said Mina, “I would like that very much.” She climbed on the back of the bird and they began to fly. From up high up, the world looked so beautiful! They passed a cloud shaped like a rowboat. Mina climbed into the cloud-boat. It seemed as she were sailing on a vast sea. Then the bird brought her back to earth. The little boy took Mina’s hand and they sat for a long time under the apple tree. 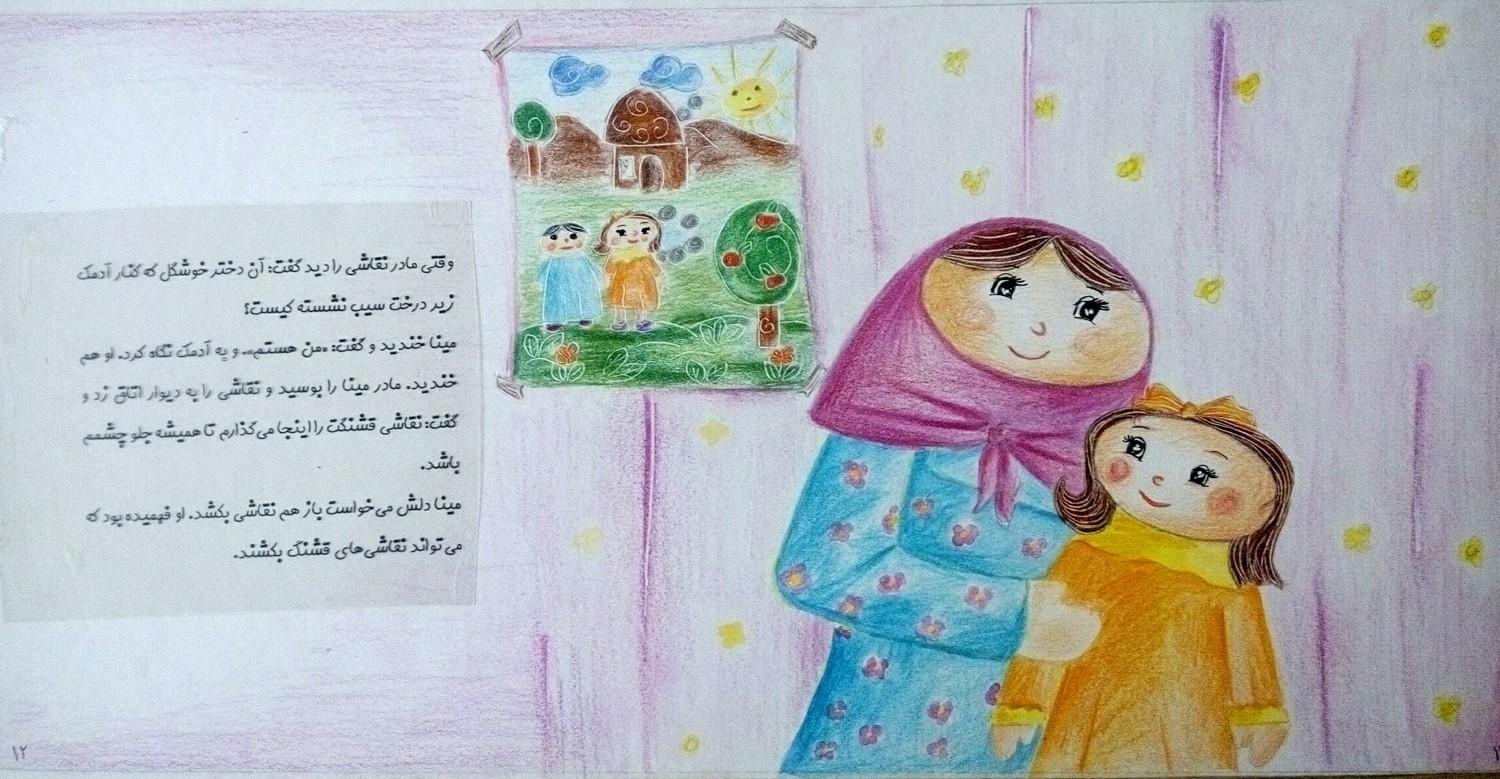 When Mina’s mother saw the painting she said: “Who is that beautiful girl sitting next to the boy under the apple tree?” Mina laughed. “That’s me,” she said. As she looked at the boy, Mina could hear him laughing too. Mina’s mother kissed her and said. “Thank you, Mina! I want to hang your beautiful painting in a place where I can always see it.”


Artist Statement:   I believe that art releases the power of praise, which has its source in the Word of God. By drawing as an artist on the majesty of that Word, I am empowered to create as a spiritual being. Through my work as an illustrator, I find a source of light in the darkness. It is my joy in and engagement with human life that inspires me to create images to illuminate poetry and children’s stories. This is my most cherished form of artwork.