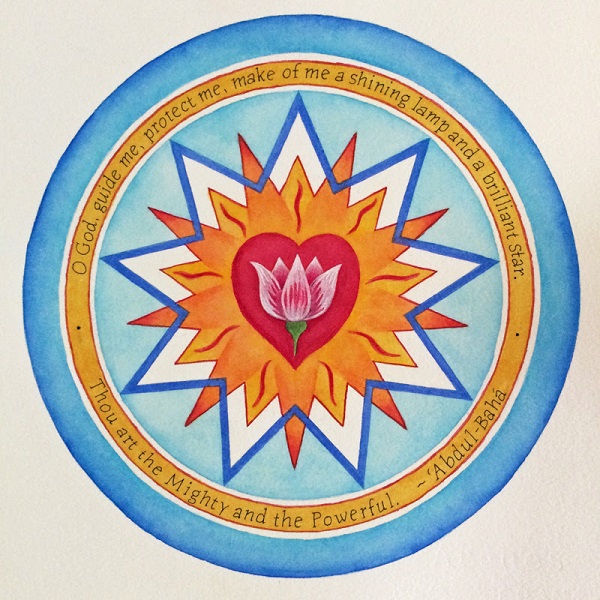 Editorial: The Spiritual Lives of Children

Those of us who belong to communities of faith can attest to the truth that children have vibrant spiritual lives and seek to know God after their own fashion. As I reflect on my own childhood experiences, I am reminded how easily children understand those ineffable truths adults find so difficult to grasp. When I was 9 and she was 10, my sister saw an angel sitting at the end of my bed. I did not see the angel myself, but I had no doubt that she had. Of course, an angel would come to sit on my bed. Of course, some force of good, some source of light would always surround us. The appearance of my sister’s angel marked the beginning of my own awareness of God’s presence in my life.

God was present. But how to communicate with God? The only prayer I knew at the time, the Lord’s Prayer, did not strike me as one I could use in talking to God, so I found other ways to commune with God — by drawing a picture or gazing at the clouds or walking in the woods at my grandmother’s farm. At such times, I became keenly aware that God was not distant or inaccessible, but had made a home in my innermost being — my soul.

The sheer number of Bahá’í prayers revealed for children serves as a powerful reminder that in the Bahá’í tradition children are viewed as having spiritual agency. They are engaged in the same process of character refinement as are the adults in their lives. And their development is of great consequence not only to themselves but to the larger community. As the Universal House of Justice reminds us, children are the future, and adults would be wise to honor the rich potentiality childhood embodies, by consciously cultivating children’s highest selves:

Children are the most precious treasure a community can possess, for in them are the promise and guarantee of the future. They bear the seeds of the character of future society. . . .They are a trust no community can neglect with impunity — April 2000 letter to the Bahá’ís of the world.

In this spirit, we present the work of two groups of long time cultural workers that have set their sights on nurturing the spiritual lives of children: first, the team of artists and editors behind the award winning children’s magazine Brilliant Star; and, second, the artists who have gathered around the nexus of creative collaboration that is Spirit of Children.

In her essay, Brilliant Star editor Susan Engle traces the evolution of the magazine over the course of 36 years; and in her retrospective, Allison Grover Khoury, who has served as a guest editor for this issue, gives an account of the work of Spirit of Children over the course of two decades. Other work by writers and artists associated with Brilliant Star and Spirit of Children is presented in this issue: an excerpt from Ronnie Tomanio’s novel for young adolescents, The Imperfect Pilgrim; a short story for the same age group by Patti Rae Tomarelli, “Maggie’s Forever Friend”; three playful poems for children by Susan Engle; and the art of Jeannie Hunt, whose mandalas are created, in the tradition of the illuminated manuscript, to adorn presentations of Bahá’í texts.

To the poetry offerings, we add my own “Advice to a Daughter,” written, in the age old tradition of advice literature, for a daughter on the cusp of young adulthood. Take a look at “How the Good Wife Taught her Daughter,” a poem written in the 1400s, to see how far we have come in our thinking about how young women should comport themselves! To the fiction offerings, we add an excerpt from Beverlee Patton’s The Red Roan Stallion, a novel for teens that tells the story of the search for a horse for Bahá’u’lláh.

It is our pleasure to present an excerpt from an unpublished picture book created in Iran. In The Painting, Negar illustrates and tells the story of a young girl who learns to appreciate her own drawings and paintings only after she has entered imaginatively — and literally! — into them.

The text of The Painting has been translated into English by Shahin Mowzoon, who joins e*lix*ir as our staff translator. For this issue, Shahin has also translated a Persian prayer revealed for children, which is illustrated by Negar, as well as an excerpt from a novel by Basir Samimi. It is our hope that the new translation section that appears in this issue will be a regular feature of e*lix*ir.

Perhaps my greatest surprise in putting together this issue was to learn that among those English language authors who take their inspiration from the Bahá’í revelation are some who are publishing high quality young adult fiction in the fantasy genre. Among them is Mary Victoria, whose series of three fantasy novels, Chronicles of the Tree, was published in 2010-11 by Harper Collins in Australia. In this issue, we present an in-depth interview with Mary Victoria in which she discusses her work.

Finally, we are delighted to present an English translation of the prologue to Basir Samimi’s Children of Destiny, which was recently nominated for one of Iran’s most prestigious awards for fiction, the 2016 Afsaneha Award for Best Fantasy Novel.

Do children have spiritual lives? Yes — vital ones rivalled only by the richness of their imaginative lives. Do imagination and spirit work together, not only in the lives of children but in the lives of adults who cultivate a child-like spirituality, with its sense of perpetual wonder about the world? Poet William Blake certainly thought so. And, without doubt, in the work published in this issue, we can glimpse something of that world of primal innocence Blake celebrates in his poems — childhood’s native land, a country to which any one might fly on the wings of imagination and spirit.