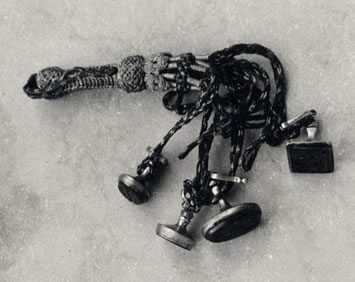 Several of the carved seals Bahá’u’lláh used on His Writings to verify that He was the author.
Photo Credit: Ted Cardell, 1952

The Art of Translation

The translation of texts from one language to another presents many challenges for both the translator and the reader. For the translator, these challenges include the need for accuracy, the linguistic difficulties of the source language, the cultural context, as well as questions of style and reception. For the reader, these challenges include the need to acquire some knowledge of the source, such as the original author, the historical context of the work; and the key features of the culture of the author and translator in question. The reader should not expect the translator to inform him adequately in all these areas. Neither should the author attempt to control the reception of the text in question. In all of this, the translator is well advised to consider the artistic dimensions of the task at hand.

Most cultures recognize literature, whether oral or written, as an art form. Translation less so, since we tend to think of the profession of the translator as being mediated by skill and technique. Most of my own work renders Arabic, Persian and Greek poetry into English, though I have worked with prose as well. In my view, translation is an act of transposition, transformation, and interpretation. More simply put, my translations are English renderings of non-English texts. At its most basic, the origin of the word “render” means “to give back.” In our context, the word means to translate with the intention to “express in other words.” But this view of translation also casts the act of interpretation into the light of a performance, with the translator rendering words as a musician might render a piece of music. During the middle of the twentieth century, Shoghi Effendi, the Guardian and head of the Bahá’í Faith, used this term — “render” — in similar sense when he wrote as follows in the forward to his translation of Bahá’u’lláh’s seminal work The Kitab-i-Iqan:

This is one more attempt to introduce to the West, in language however inadequate, this book of unsurpassed pre-eminence. . . The hope is that it may assist others in their efforts to approach what must always be regarded as the unattainable goal — a befitting rendering of Bahá’u’lláh’s matchless utterance.

The heart of the problem for the translator and the reader is implicit in the language itself: namely, its inadequacy to convey the thing or experience it purports to describe. We can only hope for that potential miracle to occur in the mind of the reader. Bahá’u’lláh Himself states, “How great the multitude of truths which the garment of words can never contain!” With this in mind, we might consider translation at its best as a change of clothing. To me, language is an arrow pointing us on our way along a path to understanding. Translation, then, requires of the translator a deep understanding of the source text. This indeed challenged me greatly, since most of my source texts were composed or revealed in Arabic. As a result, in order to produce even a rough translation, I spent a great deal of time perusing the texts in their original language and made several trips to the Middle East. I also sought the assistance of an Arab informant. From the rough draft I produced at the end of this process, I attempted to craft an artistic or poetic rendering.

While fidelity is very important, most important is the impression the translation makes on the reader, in particular, the experience it evokes in his or her mind. When the text under consideration is sacred in origin, fidelity must be maintained, but not at the expense of readability and artistry. A few examples may be helpful here.

The first verses of the Quran, “al-Fatiha” as “interpreted” by the Orientalist A.J. Arberry provide an example of a literal fidelity to the text:

In the Name of God, the Merciful, the Compassionate.

Praise belongs to God, the Lord of all Being, the All-merciful, the All-compassionate, the Master of the Day of Doom.

The passage above is more comprehensible than many of Arberry’s translations. A. Yusuf Ali, an Indian Muslim, provides a more readable, yet still faithful translation. The difference is perhaps more evident elsewhere, but let this suffice:

Praise be to God,
The Cherisher and sustain of the Worlds;

Most Gracious, Most Merciful;

Master of the Day of Judgment.

Finally, I would like to offer the renderings of Camille Adams Helminski as a more graceful and artful translation.

If we take one Arabic phrase, maliki yawn il-din, we can learn much from the differences above. Grammatically speaking, this phrase is a three term construct, or idafa, in Arabic. Literally it could be translated “possessor of the day of religion (or faith).” Helminski above, draws on the meaning of a closely related word, “king” to translate malik, while Arberry and Ali prefer “Master.” “Day” is the literal translation they all use, but the original could convey the sense of “age” or “era.” We can readily see the choices each make for din — Doom, Judgment, and Reckoning, respectively. As a Bahá’í, I would interpret the phrase to mean something like “Lord of the Era of Reckoning,” though this is a tentative rendering that does not convey the sense of awe in the face divine authority suggested by the original Arabic.

Lastly, I would like to offer an example from my own work, translated from Bahá’u’lláh’s lengthy poem, composed while he was in retreat in the mountains near Sulaymaniyih, known as the “Ode of the Dove.” The ode opens with these verses:

A face flashing with light
drew me to her; all the suns
dimmed at her appearance.

It seemed the sun blazed
from her beauty; she appeared
in all the worlds and dazzled them.

Her splendor stirred up
the musk-laden cloud of Heaven;
her stature lifted the spirit of loftiness.

Clearly, I chose not to attempt to use the original rhyme scheme or meter. Instead, I transposed the work into a modern American style of verse poetry, unmetered and unrhymed. In this way, I attempted to produce some of the effect of the original in its departure from the standards set for Arabic poetry during the time of Bahá’u’lláh. I also consider rhyme schemes in general ill-suited to English poetry, particularly in the modern period. As a contrast, I would like to offer Juan Cole’s translation of the same verses:

1. I was enthralled by light rays of a face
Whose advent dimmed and darkened every star.
2. As though the sunbeams of Her beauty’s glow
Appeared and dazzled planets from afar
3. Her joy diffused the musk of the Unseen
Her stature raised the Spirit up above.

In conclusion, translators have to make choices, often difficult ones. Frequently, we make compromises. But always I attempt to convey the widest possible meaning of and most encompassing inferences for a given turn of phrase. Beauty and artistry are primary values and essential to the work of translation. 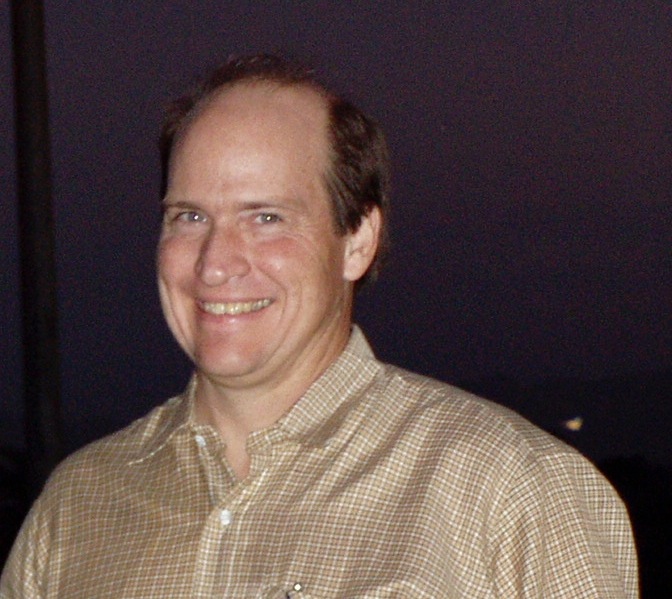 Bio:   Dr. Brian Miller received his Ph.D. in Near Eastern Studies from the University of California, Berkeley in 2000, specializing in Arabic and Persian literature as well as Islamic studies. His dissertation, entitled “The Lover’s Way” analyzed the lengthy poem, “Ode of the Dove”, by Bahá’u’lláh. Brian’s original translation of this poem provided the basis of his work. He also received his BA in Literature from UC Santa Cruz. He taught briefly at Berkeley and the University of California, Santa Cruz. He currently works as a veteran cook for a senior living community in Santa Cruz, California. He lectures occasionally on topics related to the Middle East and writes poetry, papers, and articles.