Blips of music faded in and out on a radio somewhere. She remembered her philodendrons and went inside to perform their constitutional, thinking she might change clothes and take a walk in Kenneth Hahn Park. She put on a pair of leggings and a loose T-shirt, picked at her short coils of hair. The music faded to silence. She turned on her own radio to catch the weather report. Instead she caught the post-script of the Rodney King trial. . . .

She dropped a planter on its side in the sink and dirt scattered across the basin, upending three white bugs, who chased the clods into the drain catch. She wiped her hands on her shirt and turned up the radio. Not guilty, he said again. . . .

The warm glow of April had crafted an evening perfect for an insurrection. Streams of young rioters snaked through the streets under a sky whose stars choked under smoke streams, waiting for the advent of something wonderfully terrible. Now and then, a car would pull up whose occupants conveyed a sense of mission. They would park, run down the street and around the corner with something stuffed under their loose shirts, appear a few minutes later, and plunge back into their cars, shouting at anyone who got in their way. . . .

. . . .To soothe her warring passions, Delia took the Pacific Coast Highway and looked out at the infinite black mystery of the ocean as she made her way up to the freeway. Above her, the moon rose like a fat man in a steam bath, barely visible through the smoldering clouds that simmered over Los Angeles. Below the steam, a pulsating inferno kept the eastern sky aglow. Delia veered east and drove straight into its halo. She took the Santa Monica freeway into the heart of Los Angeles, passing her own exit and driving far enough into the fray that when she turned on the vent, she could smell smoke on the wind, could smell the quickening hearts and the blood rushing through the upraised hands. She felt the fire in her own stinging lungs, as it permeated everything in its path. Her nostrils flared involuntarily and her own heart raced, and by the time Delia veered off the freeway, the wind had kindled an anger stronger than reason, compassion or even fear. Casting all anchor aside, she felt a sudden urge to join a band of marauders and run down the street laughing, throwing things, reveling in one night of revenge. At last.

The car crept slowly until she saw a crowd of people gathered in front of a store a block away, chanting something without a squad car in sight. Delia carefully parked the car and acted on her impulse. She got out and tripped down the street toward the crowd. The adrenaline rush cleared her lungs and gave her wings.

“Hey,” she shouted, not sure what marauder language she could muster. The chanting broke into syncopated shouts but no one looked her way, although she repeated the “Hey!” with more urgency. She felt invisible and, therefore, invincible. She laughed at the sky and ran faster.

As suddenly as she had indulged her own mania, the scene took on one of its own. In a heartbeat, the people scattered and ducked behind cars. An explosion blasted out the next heartbeat. Flying glass and the delayed roar of fire consumed the air the crowd had breathed. The noise brought people to porches and lit up the street like noonday, but Delia barely slowed her pace. A few people trailed out to follow her down the street, but they stopped a hundred feet from the fire. Delia walked on to face the storefront close-range, threading through the carpet of glass that represented not only the gouged windows but the bulk of the liquor store’s inventory. A wall of brown beer bottles reflected the firelight in the back of the store, the part farthest from the explosion. Who could guess when it would go, and how many beers would take out a wall? No one thought of it, or at least no one asked her to get away. The girl from Beauganville stood and stared into the heat, envisioned a small town on fire, and suddenly growled in a voice she did not recognize as her own. “Burn! She cried. “Burn!”

A spear of fire shot out a thong of black smoke. She did not know whether the fire or the smoke singed her lungs, but she sputtered and moved past the fire to the sidewalk beyond, where the liquor store pyre inspired reverence on young faces peering from behind cars and fences. A triumvirate of dark figures stood in the middle of the street and cheered Delia on, their skin and eyes waxing blue in the firelight. She did not respond but staggered past an alley to the next building to lean on a fence post and catch her breath.

Children poured out of the apartment building beyond the fence, shooed by their mothers to a safe vantage point farther down the street. Their faces ranged from blank slates to masks of terror. They all brushed past a Korean woman who walked toward the fire, facing its fury, with a young girl tugging at one arm and a small grocery bag in the other arm.

Delia heard a sudden high-decibel pop behind her as another explosion ripped out the guts of the building and spewed more glass onto the street. Instinctively, she called out to the stone-faced Korean woman, “Hey, get that kid off the street!”

The dazed woman shouted back in a flat voice, “My husband...our home...” She could not finish the sentence. She pulled the bag up over her mouth and pointed at the fire with the other. Delia rushed to where the woman stood, looked to where she pointed, and realized that the second-story living quarters were about to collapse. Through the gutted windows, she could see a ceiling beam swing loose and fall into its own sound, unleashing a crash like that of a sequoia falling into the belly of the forest.

The boom picked up momentum as the whole second-story floor and everything on it came hurling to the ground. A shotgun pelted the sidewalk along with the other debris. Delia heard a scream and looked around for the source of the despair and found it within herself. She had not considered the human quotient until this moment, and the consideration startled her. Delia wondered what would happen when the little Korean girl grew up. Would she yell into a fire as someone died?

She bent her neck to look at the girl, but in the instant of the crash, both mother and child had disappeared. Delia turned from the sight but could not find them standing behind her or anywhere else. She shifted her weight, thought a moment, and veered closer to the fire, stunned by the fear that they had thrown themselves into it. A piece of flying ash nested on her head, igniting a swatch of hair that burned like a pungent firecracker wick. She rubbed the fire out without feeling the pain on her palm or scalp. . . .

She squeezed her eyes shut, pressed a hand against the knot in her stomach, spun around quickly and stumbled down the street, away from the fire, checking alleyways and porches, staring into a myriad of hollow eyes, and finding none that belonged to the Korean woman or her child. . . .

Delia pressed her back against a phone booth wall and stared out at the world through smudges and scratched glass. Fists of gray spit shook the low ceiling of sky, but she could not fight along with them anymore. The sweetness had drained out of revenge — every drop of it. She forgot the boys of Beauganville and the hooded Klan members. She closed her eyes and rubbed her aching temples and visualized [herself as a child, crouching to watch her own home smolder, turning toward the yard to see] a young man on a burning cross, swathed in wands of light, his soul rising above the fire, glowing in the triumph of forgiveness.

“Why, Anthony? Why do we have to go through this?” She silently asked. In the next moment, she felt the comfort of a hand on her head and looked up to see nothing but the stained ceiling of the phone booth. Still, she somehow heard him telling her to go ahead and play her role in a story that began before her time and would not end until long after her time. . . . 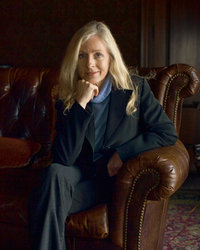 Artist Statement:   The impulse to write comes from the spirit and plays out in the world of reality, as we meld our technical skills, our creative instincts and our natural gift of empathy. A spiritual practice that tones the empathy muscle thus offers a great advantage to writers. Destiny gave me that practice when I found the Bahá’í Faith.

This Faith encourages us to understand the unique perspectives of diverse peoples. After I became a Bahá’í, half a lifetime ago, I founded a nonprofit organization that has planted me on almost every continent. The souls who’ve crossed my path have confirmed, for me, the transcendent capacity of the human spirit. I pray for more time on earth to reflect their truths and to share their untold stories.

Bio:   Teresa Henkle Langness, an award-winning writer of literary fiction, nonfiction, poetry, and music, has authored 40 books or book-length media, on wide-ranging topics, in multiple languages. Her background includes staff positions for leading textbook and educational development companies and 24 years as the founding board president of the global nonprofit Full-Circle Learning, which has served more than 20 countries. In her work, she explores environmental, intercultural and humanitarian themes.